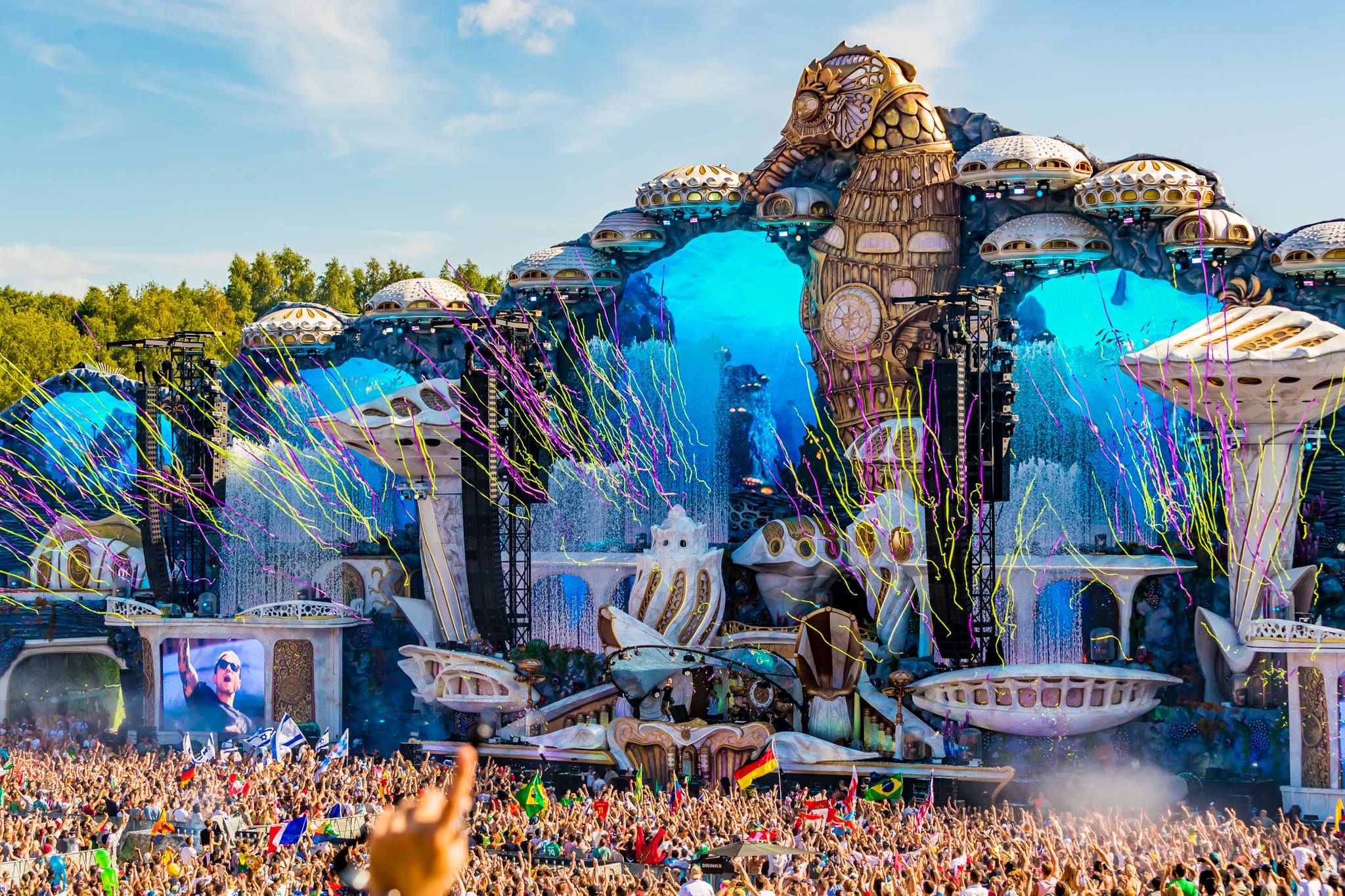 The Tomorrowland is, without doubts, one of the most important festival in the world.

It takes place once a year, during summer, in the park of De Schorre, near Boom, a small dutch town with about 20 thousands inhabitants, just a few km from Anversa and Bruxelles. Edm, techno, commercial, house are just some of the music genres that are played on the differente stages of Tomorrowland.

First edition of this festival dates back to August 2005, it had a fairly limited line up if we think about what we’ve seen in the following years, with only one stage covering just one day. The event grew up really fast, enough to achieve 15 stage and almost 300thousands presences in only 11 years (not to forget that on the 2015 edition 2 milions people asked for the entry ticket, a record still undefeated).

Colorful stages, fireworks, confetti and fantasy decorations defined in this 13 years the identity of the festival.

From being a “One-day-Fest” it went to a “2 days” event, till getting to a maximum of 2 editions in one summer, of the lenght of 3 days each (two consecutive weekends).

*Prices are meant per person

The Tomorrowland offers also a camping village denominated DREAMVILLE. It can host up to 38 thousands people and it’s provided with every comfort.

*Prices are meant per person